Millions started playing the latest Supercell release – Clash Royale. Since there are tons of professional players around, beginners feel it’s tough winning the battles, but the main thing is they don’t know the correct strategy to win. However, this quick guide – ‘Clash Royale Tips for Beginners‘ will help you figure out how you could win over higher level players easily! 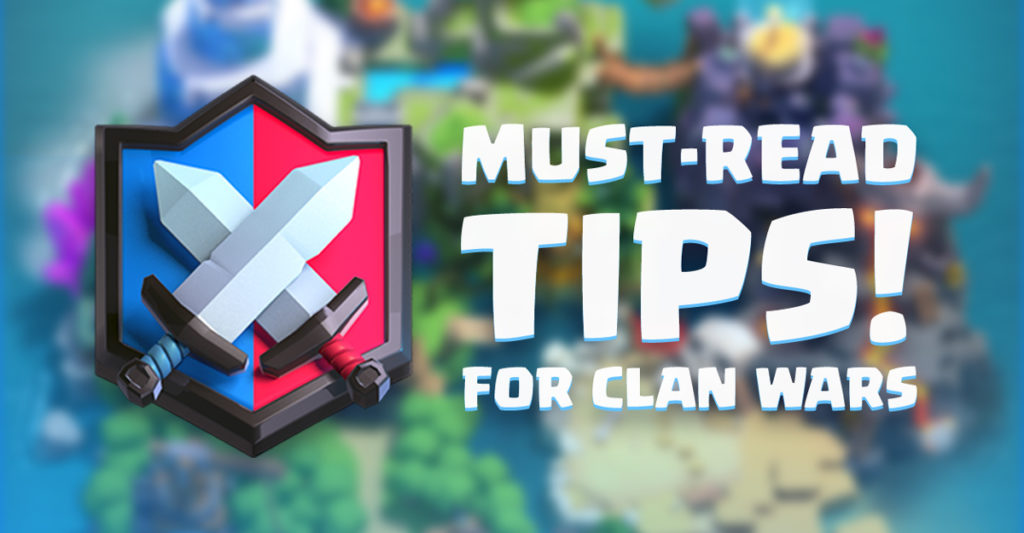 I believe it’s the tactic that matters not the troops or their power. However, it’s quite true you cannot defeat someone with a P.E.K.K.A. while you’re using Barbarians. However, it’s hardly possible that you would ever encounter such players. However, this guide will help you win over your competitors are you at your level or a little above.

Clash of Clans, however, today’s one of the most leading mobile games with millions of searches on the Internet. Similarly, people have loved Clash Royale too. You’ll find a ton of Clash Royale tips that people will share for beginners. But they bring in – spells, skeletons, and more troops which you probably won’t have when you just start. So, these are the ultimate Clash Royale tips & guides for you.

Many players believe Clash of Clans & Clash Royale are two identical games as they have the same troops in common. But no, that’s not the case. In Clash of Clans, you could easily defeat your enemy by dropping your tactical troops.

But in Clash Royale, the story is totally different. There are two players who are active and having real-time battles.
Here, you’re not alone in the arena, there are two people including yourself. You need to use your brain and predict what the other guy can do. That’s a real-time strategy. But in Clash of Clans, you’re alone, no one to disturb unless there are some serious Clan Castle troops.

Some Clash Royale Tips for Beginners to Start Winning

Now let’s get into the main topic. Here are the top 7 Clash Royale tips you can follow from the beginning to see success later on. Maybe it’s gonna be hard to follow for some days, but once you’re habituated to it. You’ll see your achievements in Clash Royale. ?

#1 Don’t use Gems unless it’s needed to.

Yeah, don’t use gems now. You’re just in the beginning of the journey. What if you finish off your ‘water‘ before your real journey begins? What are you gonna drink while you’re in the journey? Think logically, you need gems to survive the later conditions as you level up higher and higher.

That’s why I suggest, don’t use your gems unless it’s needed to. Store gems for future use, only for important troops. Think, you have got a chest, and you’re eager to find what’s inside it. Why not wait till the counter dies? Using your gems won’t achieve you something special, will it?

#2 Use Elixir Efficiently while in Battles.

Another great trick you could use to win over your enemies while battling is storing elixir for a surprise attack. Think carefully because using too much elixir on a useless troop. For example, Barbarian’s HP very less compared to its price which is 5 Elixir. Wasting your elixir on less powerful troops won’t help you in battles. ?

The great way is to store elixir if you’re under heavy attack. You can drop very powerful and lethal troops to support your buildings from getting broken. This will stop your enemy from staying one step ahead of you. And this would be used for surprise attack too as I mentioned earlier. Just store, and once you’ve enough, simply drop all of your best troops on the ground for winning the battle in a go.

#3 Waste the First 60 Seconds of the Battle.

Now, you might call me lunatic or something. LOL, but yeah, wasting the first 60 seconds means defending from your enemy and trying to do as much damage as possible. But defense is the main focus. Don’t worry if the building you target is only 10% demolished. Because after the 60 seconds have been completed, you’ll have double elixir production, then, using the ‘technique 2‘ drop a ton of powerful troops. ?

Remember the little damage you have done before? That’s a little helping hand which helps your troops demolish it quicker. So, in the first 60 seconds, just focus on stopping the enemy from doing any damage to your buildings. Keep save, and save elixir, and waste the first 60 seconds. You’ll find this trick every effective, no matter what happens.

Since you’re just a beginner, you have two useful stuff with you – Fireball & Arrows. Did you know you could use this to save yourself? Think for some time, if your enemy drops like a group of Barbarians or Archers, you could stop them and take their life using the Arrows which is gonna spear them. ?

#5 Use Your Gold Wisely.

Now I’m talking about Gold. As you know in the homepage of Clash Royale, you will find a sales page where you literally buy Troop cards to upgrade them. Say, you have 2000 gold or coins, but you found Supercell is selling Witch cards for 1500 gold, just buy it. Because the troop – Witch is very useful in defending. She releases baby skeletons which do little but sure damage to enemy troops and keeping them busy while your Arena Towers kills the enemy troops. ?

But if you found Archer cards, don’t buy them as they can be achieved every easily. These are common cards which you can find on Wooden Chests and so on. So, I strongly suggest you, store your Gold. No one knows if tomorrow a very needed and useful troop card may be out for sale too!

Before you’re too sure about a troop or your new built deck. Simply test it in the training battles if you don’t want to lose your trophies. If you build an improper deck, you’re mostly like to have lost in most battles. You can check for the Clash Royale deck building guide on my blog.

When you get a new troop card, simply don’t equip it in any of your deck. As I said earlier, simply undergo a little test on how well your new troop or deck performs. Once you are sure that your deck is powerful enough to defeat the rest of the world, go for it.

#7 Use Lightning & Other Spells if You have.

Now, this tip might not be for everyone as I told earlier too. But yeah, you’ll get your new spell cards within a day or two after you’ve started. So, this might be a little tip for players who have played and achieved the low-level spells – Lightning Spell & Rage Spell.

The Lightning Spell might be very useful in defense and for attacking from distant as mentioned in ‘technique 4‘. Similarly, use the Lightning Spell along with the Fireballs to ensure effective distant attacks for gaining more control over your enemy. ?

Well, here I have given you my best 7 Clash Royale Tips for beginners. I have used these techniques while I was a total newbie to the game, but gradually I found some more tactic that can help us gain and stay one step ahead of our enemy whom we’re fighting in real time. ?

Here are the Clash Royale tips I mentioned before:

If you liked this post which I like to call ‘Clash Royale Tips for Beginners‘, share it on Facebook and other social medias. Comment below to let me know what you think of these Clash Royale tips & do you have any other tip for small players? Write them down in the comments! ?

How to Level and Rank-Up Fast In Brawl Stars